Exproperti.com – The discovery of Nerve Growth Factor (NGF) in the twentieth century has opened new avenues in neurodegenerative and peripheral neuropathology research. Since then, this neuropeptide has undergone extensive preclinical and clinical trials for treating major disorders such as Alzheimer’s disease, Parkinson’s disease, and diabetes. However, despite these promising results, NGF still has severe limitations and requires extremely high dosages to achieve therapeutic effects.

The discovery of the nerve growth factor is a seminal work by Rita Levi-Montalcini and Stanley Cohen. They found that the neurotrophin inhibited the growth of target neurons. This protein was one of the first growth factors to be isolated and studied. Several biological processes are regulated by Nerve growth factor. It has also been implicated in the survival of beta cells in the pancreas and in the immune system.

Since its discovery, the activity of Nerve Growth Factor has been studied in various areas, including the sensory nervous system, the autonomic nervous system, and the immune system. In addition, NGF has a role in adult development as a trophic factor in maintaining the phenotypic and functional characteristics of various populations of neurons and immune cells. Studies of its action in Alzheimer’s disease and peripheral neuropathies have revealed that NGF is involved in the suppression of peptide expression in adult sensory neurons. 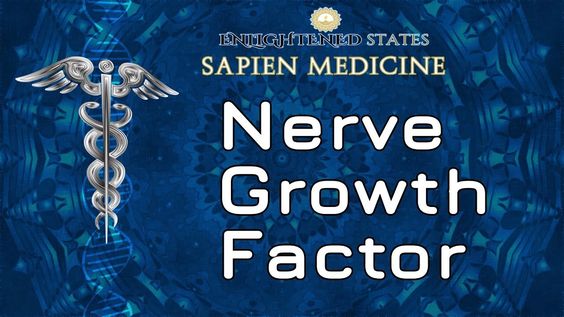 Besides its role in immune systems, Neurotrophins may be used as therapeutics in rheumatic diseases, inflammation, and allergy. In addition to its therapeutic potential, Neurotrophins also influence the activity of inflammatory cells. A number of researchers, including Luhder F and Gold R, have made significant contributions to this field. They also posited that nerve growth factor plays a role in the survival and differentiation of neutrophils.

A variety of materials have been used to fabricate scaffolds for nerve regeneration. Nanoparticle conjugation, hydrogels, and composite materials were all used to obtain NGF gradients in tissue engineering applications. Nevertheless, only a few studies have reported significant results in the delivery of NGF in vivo. In the future, nanoparticle-coated structures may be used to deliver NGF into peripheral nerves. The success of these applications depends on the ability of these scaffolds to engraft nerves.

NGF inhibitors have been tested as analgesics in chronic pain

However, the mechanism of action of NGF inhibitors is still poorly understood. There is no clear evidence that NGF is directly responsible for causing osteoarthritis, although it may play an important role in signaling in musculoskeletal conditions such as chronic low-back pain. As of this writing, however, NGF-Abs are available for treatment of musculoskeletal conditions. Here we review the available studies and discuss the potential risks and benefits of NGF inhibitors.

How to Style Black Bathroom Vanities

March 17, 2022 0
Exproperti.com - Black Bathroom Vanities can be a great addition to your modern home. They are sleek and...
Read more

June 17, 2022 0
Exproperti.com - If you've ever wondered about the many advantages of Beautiful Wall Murals, this article will give...
Read more

September 29, 2021 0
Exproperti.com - Small white kitchens tout themselves as being trendy. As much as other trendy trends may, small...
Read more